Are there any downsides of self-referrals for physical therapy? 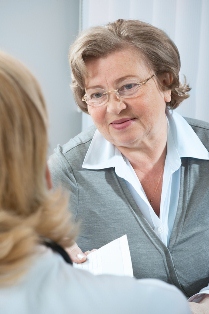 Some claim physician visits are necessary, while others challenge their value

In the overall scope of medical care in the U.S., physical therapy (PT) accounts for a significant share of all outpatient care, which is treatment that occurs when a patient has regular appointments with a medical professional without being admitted to a hospital. In 2007, for example, Americans of all ages had over 164 million outpatient visits for PT. In many cases, the course that leads to a PT appointment includes a visit to a physician, who evaluates a patient and gives a referral to a physical therapist. Some argue, however, that physician referrals are unnecessary and more expensive, and that patients can instead see a PT through self-referral. Though it is legal to self-refer, or see a PT through direct access in 46 states, Medicare and certain private health insurance plans require physician referrals, serving as a hurdle for those who wish to avoid a physician visit. Medicare, insurance companies with these policies and opponents to direct access to PT claim "physician gate-keeping" is necessary to properly diagnose patients' medical conditions and that health-care costs could increase due to overuse or inappropriate use of PT. On the other side, proponents believe PTs are sufficiently educated to diagnose and treat appropriate conditions, and that a direct access system would actually improve the quality of care and clinical outcomes by decreasing wait times and health-care costs, which could ease the workload for physicians. To investigate this matter, a study compared patients with private health care insurance who were physician-referred vs. self-referred for PT visits to determine if there's a difference in cost and advantage of one over the other.

To gather information to answer these questions, records of claims from non-Medicare members from two states were pulled from a five-year period focused on patients aged 18-64 who visited a PT for at least six months. This search led to 62,707 individual PT episodes, and patients' diagnoses were broken down into one of six categories: arthritis and joint problems, neurologic diagnoses, problems of the spine, sprains and strains, fractures and other traumatic joint disorders and miscellaneous injuries. To determine if PT visits were physician- or self-referred, a list of physicians who would likely refer patients to a PT was gathered, and if any claims from those providers occurred within 30 days of a patient's first PT visit, they were considered physician-referred. All others were deemed self-referred. Health care use was measured by the number of PT visits and the total allowable amounts (the contractually agreed upon rate of reimbursement by the payer for services delivered by the health-care provider) extracted from claims data.

No significant risks or issues associated with self-referrals found

The outcomes of this large study strongly suggest that the role of the "physician gate-keeper" in referrals for PT may be unnecessary in many cases, as less health-care usage and no detectable downsides were found for self-referrals. Though visits to physicians are still required in certain situations, especially those in which serious injuries or illness are involved, patients with minor-to-moderate conditions needing treatment should be aware that (in most states) they can see a PT independently, avoiding physicians as the entry point, while saving themselves and the health-care system money in the process. In doing so, patients can still receive safe and appropriate treatment and accomplish desirable goals.

-As reported in the Sept. '11 edition of Health Services Research

Back to Health Blog

All Posts
REQUEST AN APPOINTMENT
1950